Girls Symphony is an online browser RPG that was launched on 14th February 2017 where you take up the role of a Conductor to recruit "Orchestra Members" and fight against the automatons from the Civilization Guild. It had been underwent a long-term maintenance since September 29th, 2017 when YourGames Ltd. has left this game to another game-developing company to continue it's lifeline. As announced on January 5th, Girls Symphony has been renamed as Girls Symphony: Encore. This game has finally been relaunched on 5th December 2019.

For the latest news in Girls Symphony, see Recent Updates

Harmonia is a beautiful world created by the Goddess of Music "Muse"
In this world, music holds power and brings prosperity into people's lives.

However, an entity that attempts to monopolize that power has appeared, and the world was turned upside-down.
The Science aristocracy party "Civilization Guild" has managed to exploit the supernatural power of music.
They used that power to massacre people who loved music. Under this force of tyranny, the world was plunged into fear.

The only beings capable to fight against the tyranny of the "Civilization Guild" is the "Conductors", who lead the "Orchestra Members".
And now, one of the Conductors will set out to save this world... 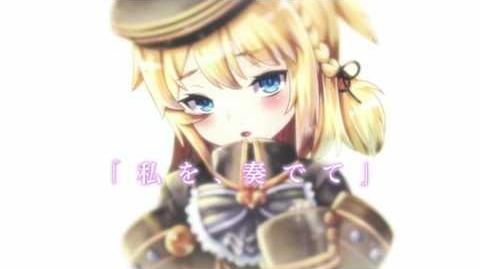