The Symphony Board (シンフォニアボード, Shinfonia bōdo?) is a feature which allows you to strengthen the various stats of Orchestra Members and unlock new abilities for them. There are currently two levels of Symphony Boards, which require Phonims to unlock.

The general layout of each board is nearly identical to each other, with slight variations. The layout is shared between Orchestra Members of the same class and rarity meaning a 4* Fighter will share the layout of another 4* Fighter but will have a different layout than a Fighter of another rarity. The general layout is the same, only the order of which you unlock them and what you unlock differs.

Phonims of the matching color with the Symphonia Unit is needed to unlock it. The exception is the yellow ability units ones where you need additional Phonims based on the Orchestra Member's class. Unlocking all the nodes in the first Symphony Board will unlock the Level 2 Symphony Broad. 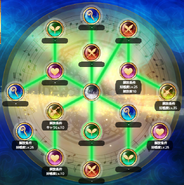 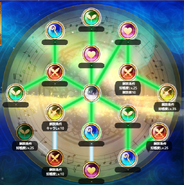 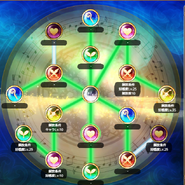 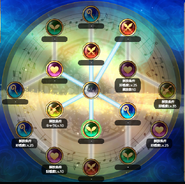 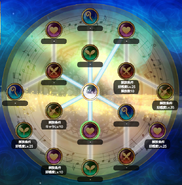 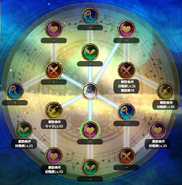 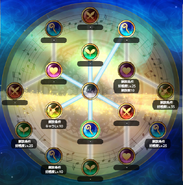 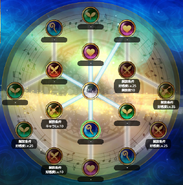 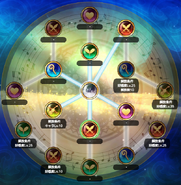